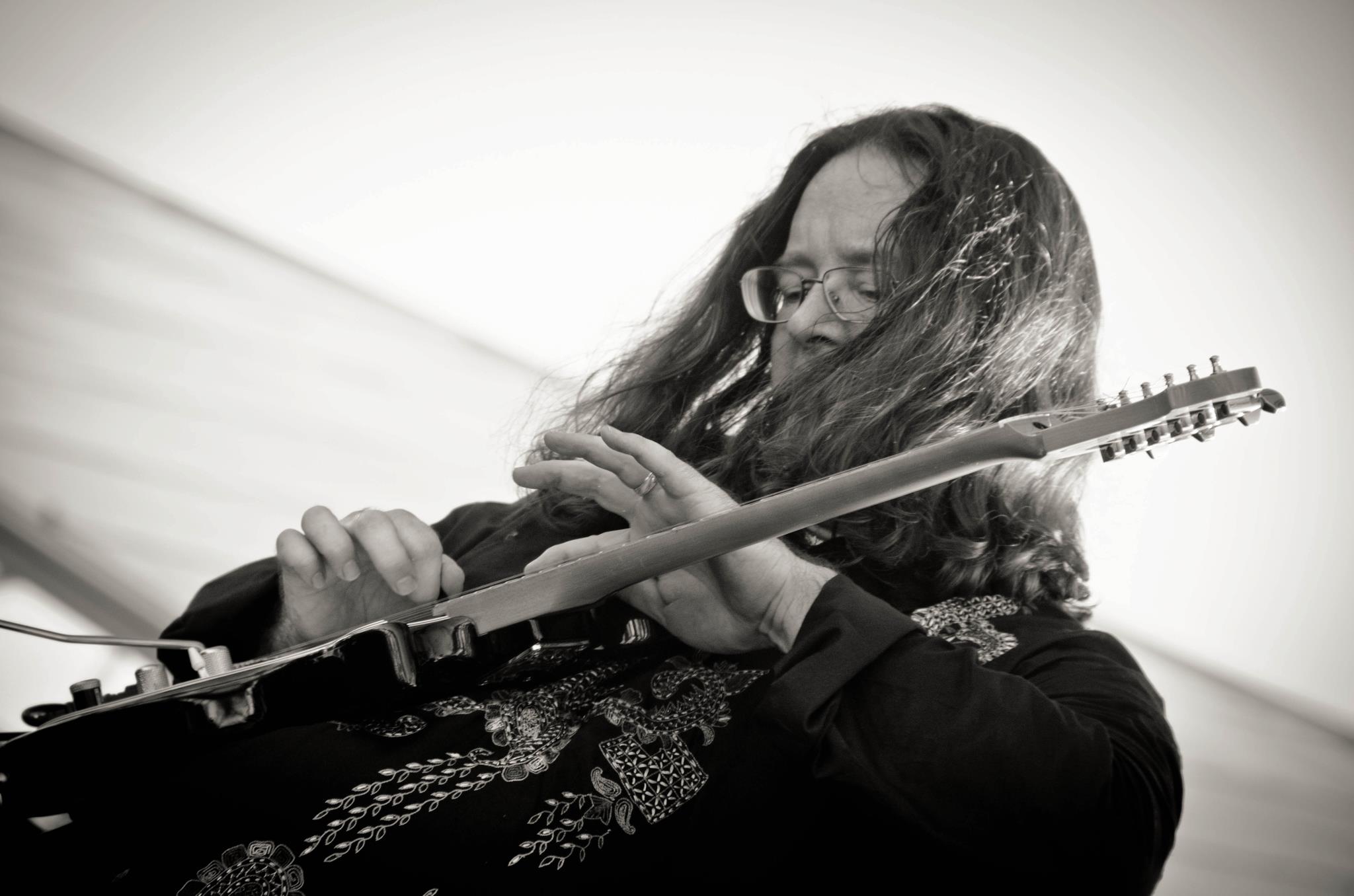 Stevy Sound, aka Steve Blom is a guitarist/guitar synthesist and lately a producer. He studied Classical Guitar at CSUS in Sacramento, and jazz with musicians such as Jamie Glaser from Jean Luc Ponty’s group, legendary fingerstylist Ted Greene, and jazz greats Don Neary and Henry Robinette.

He has played with many Indian and American artists such as Maxine Nightingale, Rattan Mohan Sharma, Glenn Zattola, David Pomerantz, and many others.

He has a fascination and interest in many musical styles ranging from JS Bach, to Hindustani Classical, and lately to Celtic, and combines many of them in different ways.